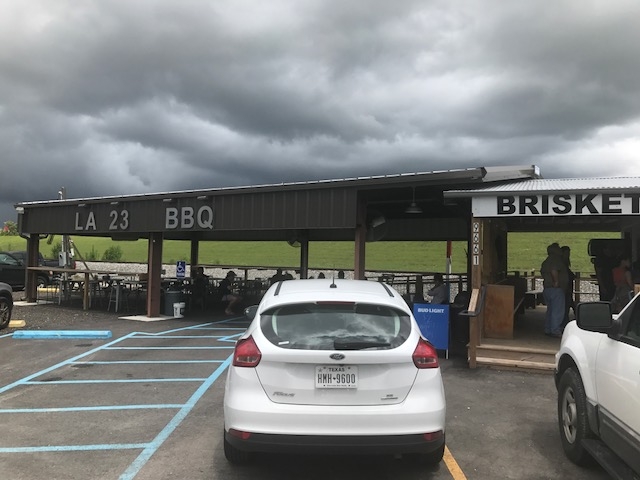 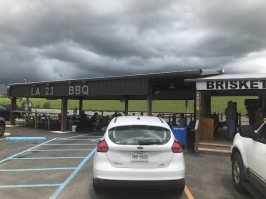 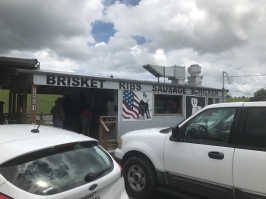 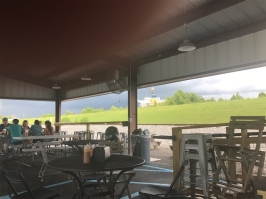 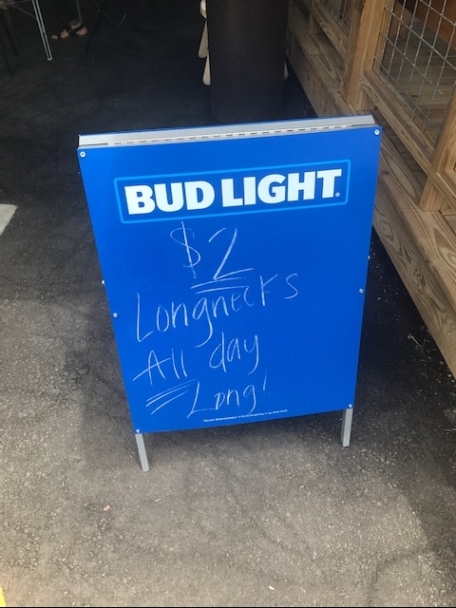 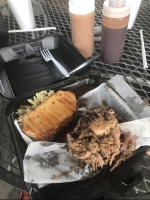 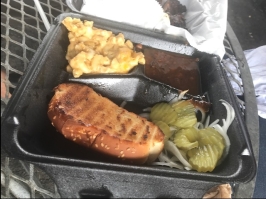 The place only has outside seating and is cooled with a few fans, which don’t seem to bother the flies, so be ready to constantly shoo flies away from your plates.  They serve everything in styrofoam “to go” type plates.  You have a choice between two sauces.  A traditional BBQ type, which was a little watery but decent, and a sweet mustard type that was pretty good.  I got the “Top Gun” which was three meats with two sides for $20.  The sides are coleslaw, mac n cheese and baked beans.  To me, having a BBQ place and not offering potato salad as a side is INEXCUSABLE!  Anyway, I opted for the pulled pork, chicken and jalapeno cheese sausage.  Pulled pork was very juicy and tender but lacked that good smoky BBQ flavor.  Sausage was ok.  Chicken was fantastic.  Obviously slow smoked a long time with that crisp, smoky flavored skin and moist and tender.  My daughter got the ribs which were pretty good but nothing extraordinary.  Mac n cheese and beans were good.  I wasn’t impressed with the coleslaw.  Not creamy at all.  More like shredded cabbage tossed in a watery mayo marinade.

Overall, I won’t be back.  For me to sit out in the heat and share my food with the flies the food would have to be REALLY outstanding.  It wasn’t.