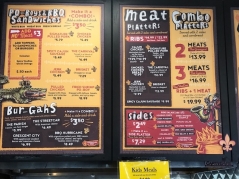 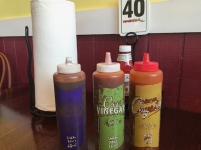 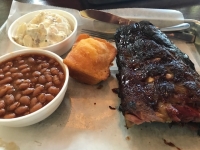 Pretty good BBQ at this place.  There are other locations, including one right on historic St. Charles Avenue.  I’ve been to that one too and the food is pretty consistent between these two locations.

You wouldn’t expect to find good gumbo, or gumbo period at a BBQ place, but theirs is good!  Full of sausage and chicken cut up in bite sized pieces and made with a nice, pretty dark roux.  Not too thick or thin and flavorful.  I didn’t have it today but I’ve had the BBQ Jambalaya before and it’s also very good.

They offer three BBQ sauces.  The Mojo is a traditional BBQ sauce, plus they have a vinegar one and a spicy one.  I like them all.  It’s also essential to have a roll of paper towels on the table at BBQ joints and they do.  My daughter had the ribs, which are very good.  Smokey with a nice “bark” on them.  Beans are good but nothing special about them, and they make a white potato salad which is very good.  I had the chicken and pulled pork.  Delicious.  And with the potato salad I also had a side called “corn pudding”.  It’s a sweet side kind of like a deconstructed cornbread with kernels of corn in it and maybe mixed with cream and a little added sugar?  I should have asked them how it’s made because I love it.  And with all dishes you get a little, too little actually, square of cornbread.  I say it’s “too little” because it’s very good.  If it was horrible it would be too big.  Anyway, I like this place.  Go there.  Eat. 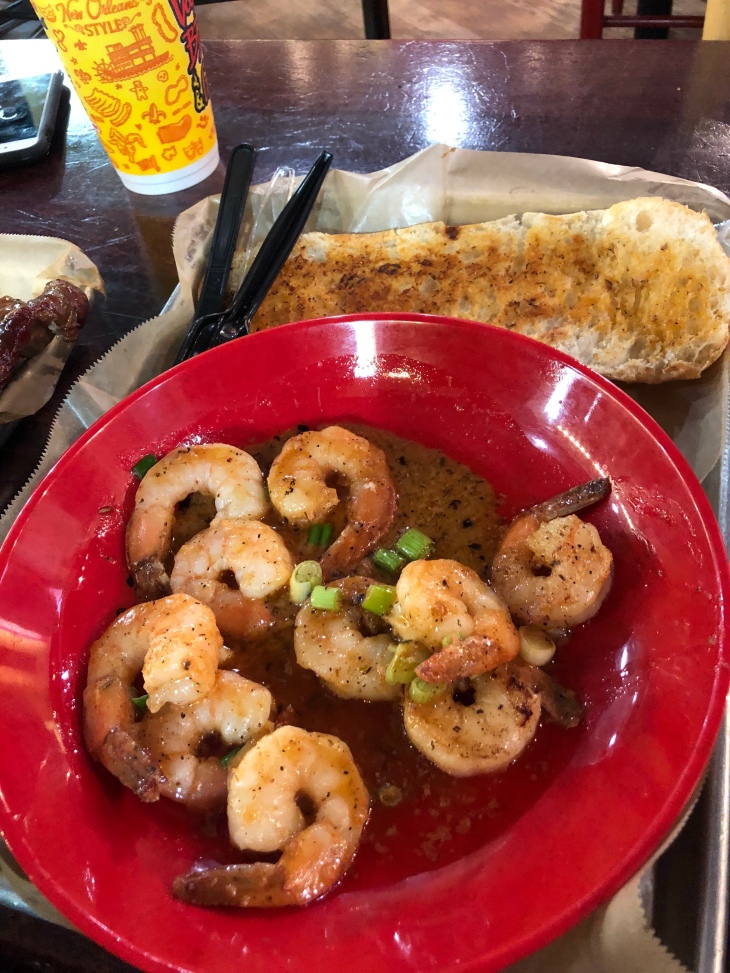 Back for some BBQ tonight, but I noticed they had BBQ shrimp on the menu. Had to give them a try. Delicious! And peeled for you so you don’t have to deal with that trouble. Give them a try if you’re a BBQ shrimp fan. And as always the ribs were great.

I was in the BBQ mood tonight and headed to Voodoo in Harvey and was shocked to find the location vacant and permanently CLOSED!  So I had to cross the Mississippi River to hit the location pictured above, on St. Charles Ave.  Just as good.