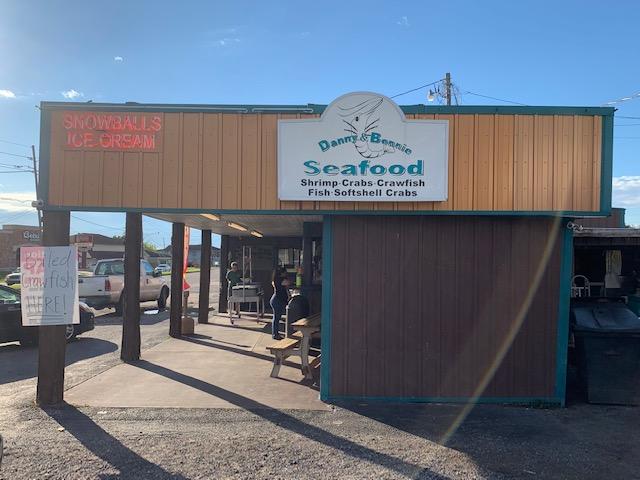 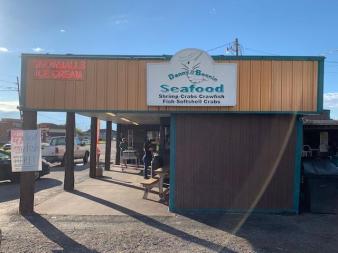 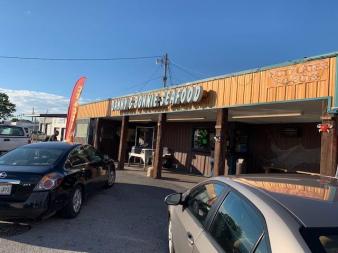 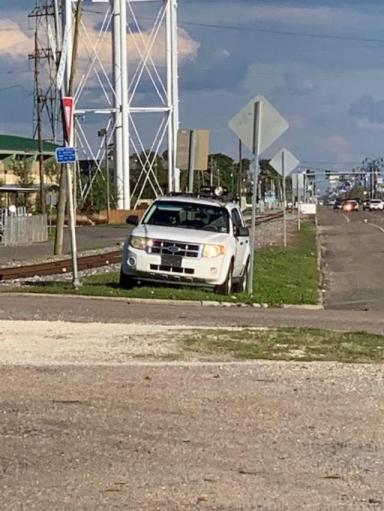 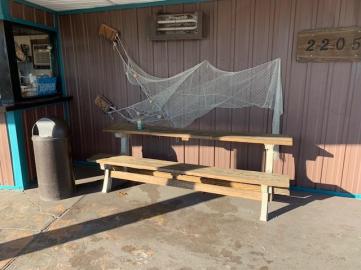 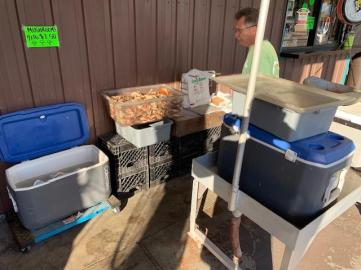 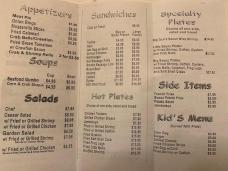 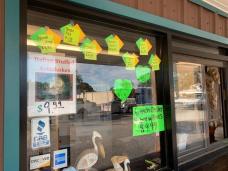 I always thought this was just a fresh and boiled seafood stand, until someone told me I had to stop here for one of their shrimp po-boys because they were so good.  If you come here, and your approaching from the east, drive the speed limit.  That white SUV you see parked on the side of the road is equipped with a traffic camera.  It’s there pretty often. In fact, use the same caution if you’re approaching from the west. I’ve see one there too, just not as often.

That bench in front is the extent of the dining room, so I just got my order to go.  I was going to get a shrimp poboy until I saw the oyster poboy sticky note on the window.  When you go to joints like this, ALWAYS obey the sticky notes!  You’ll be better off.  So I went with that and the bread pudding. 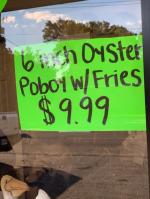 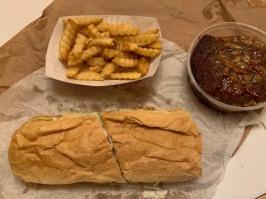 The sandwich was better than it looks.  The French bread was really fresh and the oysters fried nice and crisp.  They were also seasoned well.  The fries tasted like they had been fried earlier.  Not very hpot and not crisp at all.  There was a nice helping of raisins in the bread pudding, which is traditional, but I don’t like raisins!  That being said, I still enjoyed it.  Pretty good bread pudding.

I will be back to try the shrimp poboy, and other sticky note mandates on the window.  Like the Boudin Balls and Shrimp & Crab Rolls! 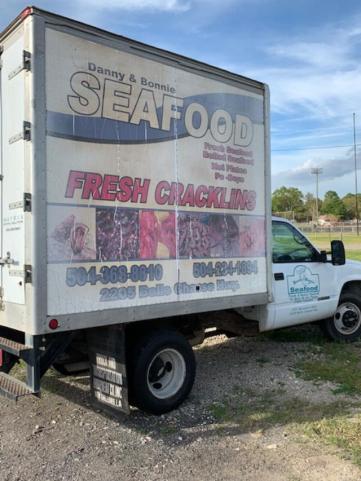 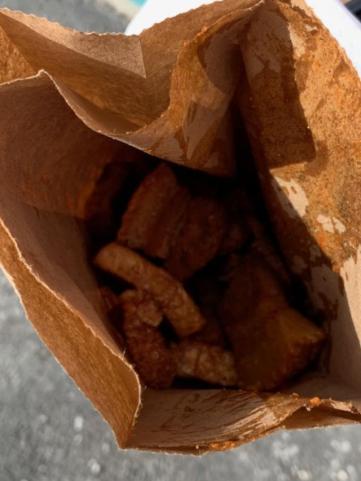 We were driving by today and saw that sign that said, “FRESH CRACKLINS”.  Can’t pass that up!  Question was, how fresh?  Toups’ Meatery fries them fresh to order.  Did they do that here or were they cooked “fresh” Friday night and were in a bin waiting to be served all weekend?

Well, they fry them fresh to order here too.  So you get them hot, crisp, and very well seasoned!  The guy frying them even asked if we wanted them soft, medium or hard.  Worth a stop.