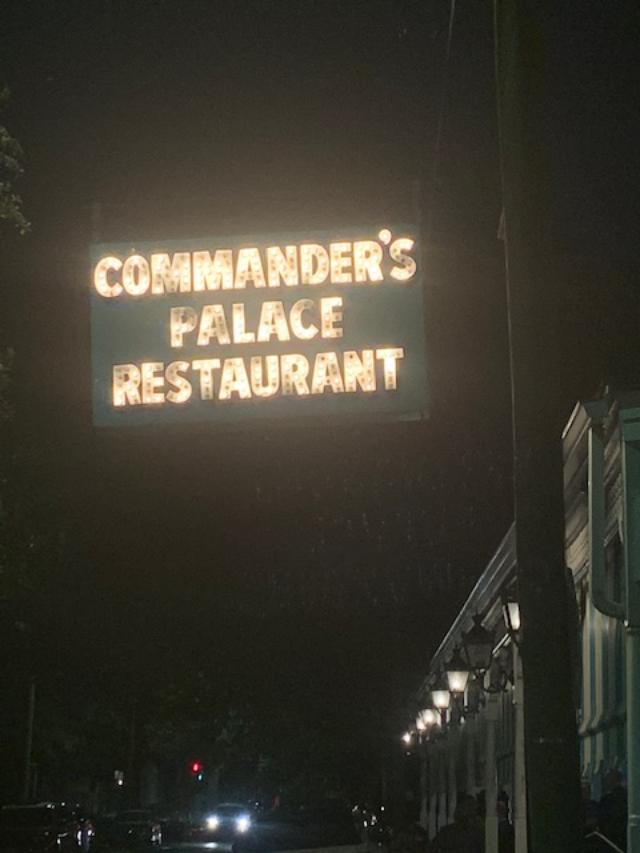 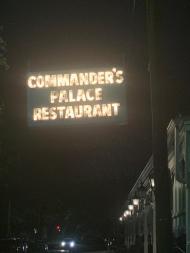 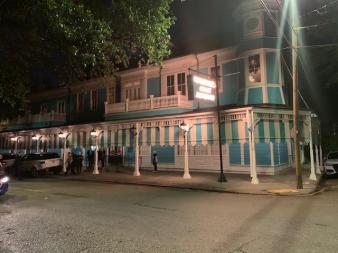 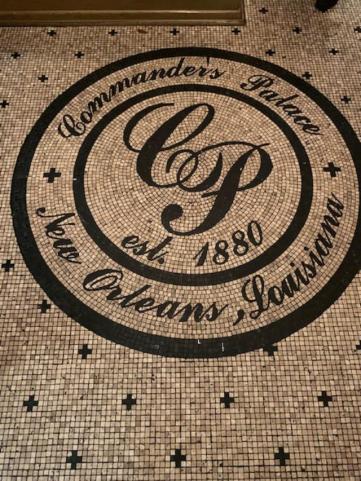 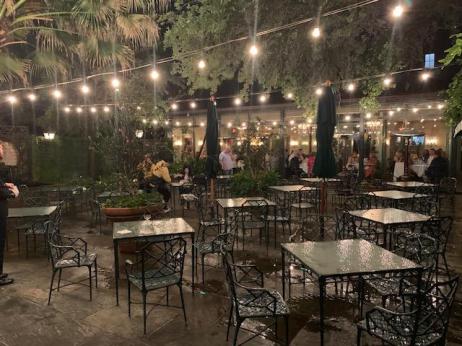 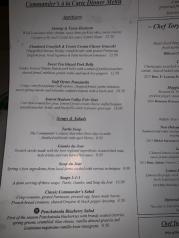 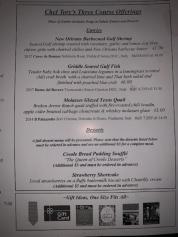 For my 200th report I knew I had to go somewhere special.  An old, famous, New Orleans restaurant.  I did the same thing for my 100th report and went to Antoine’s, which is not only the oldest restaurant in New Orleans, but the oldest, continually operating restaurant in the United States.  That ended up being a disappointment.  I hoped this would be better.

Commander’s Palace was established in 1880.  Famous chefs like Emeril Lagasse and Paul Prudhomme started out here before opening their own places and becoming famous.  As you can see by the second picture the place is huge!  There’s interior courtyard dining, and I have no idea how many different dining rooms.  It’s a beautiful place.

As far as the menu, you have a choice between a la carte entrées, a tasting menu offering numerous dishes, and a three course menu consisting of either a soup or salad, entrée and dessert.

Today’s gumbo was chicken and mushroom.  My dining partner and I were born and raised in New Orleans and neither of us had ever heard of such a thing.  I would have tried it, but I had my eye on something else.  They say it takes three days to make their turtle soup, so I just had to try that.  We decided on the following appetizer and two three course dinners: 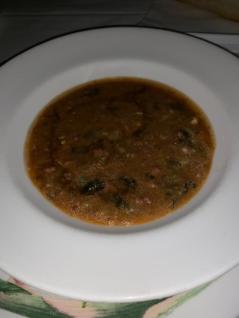 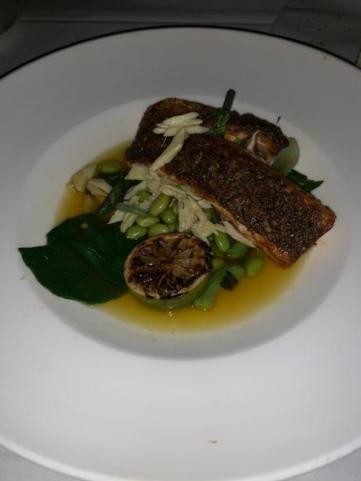 The appetizer was tiny.  You can tell by the size of the boiled crawfish sitting on top.  There were very few gnocchi in the dish and just one and a half baby tomatoes.  Besides that the dish was pretty bland.  Very disappointing.

My dining partner enjoyed her salad.  The turtle soup was ok, but not hot at all.  Just barely above room temperature.

The shrimp and grits were delicious.  Very well seasoned.  However my “Seared Gulf Fish” wasn’t.  And when I think of seared I think the skin should be kind of crispy.  It wasn’t.  It was cool and chewy.  Like the dish sat for a while before it was served.  And the menu said it was “finished with poached blue crab”.  There may have been one ounce of crab meat in the dish at the most.  Again, very disappointing.

Now dessert was a different story:

The only two desserts on the menu were the bread pudding and strawberry shortcake, but they have more!  So ask if you come here.  The waiter in the picture is making Bananas Foster at a table.

I had the Creole Bread Pudding Soufflé.  It was outstanding!  The waiter cut into the top when he served it and spooned a generous serving of whiskey cream sauce into it.  And after he left and I started eating, I kept spooning more!  This is a must try dessert, but you have to order it in advance.  So tell them to get one started as soon as you sit down!

One final thing.  The service was very slow tonight.  It may be because they were slammed due to college graduations.  In fact, last Wednesday I tried to make a reservation for two at 6:30 PM Saturday night, but they were booked solid.  The first opening they had for two people was 8:45 PM Sunday!

Thus endeth my 200th report.  Will I still be alive for a 300th one?  Who knows?  If I am it will be another old New Orleans institution.  Maybe Galatoires.