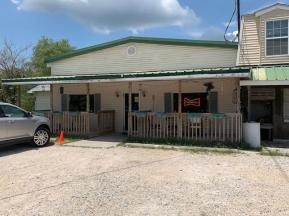 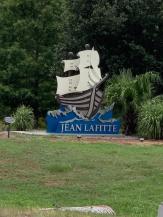 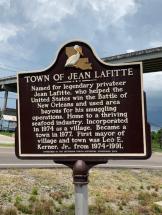 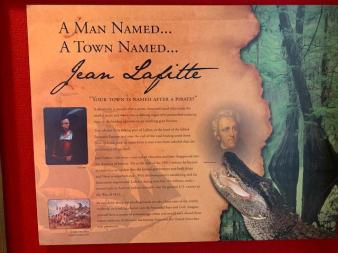 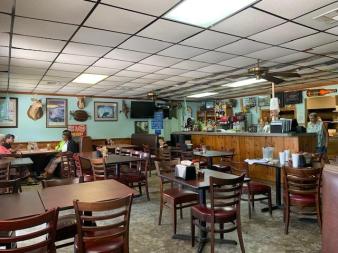 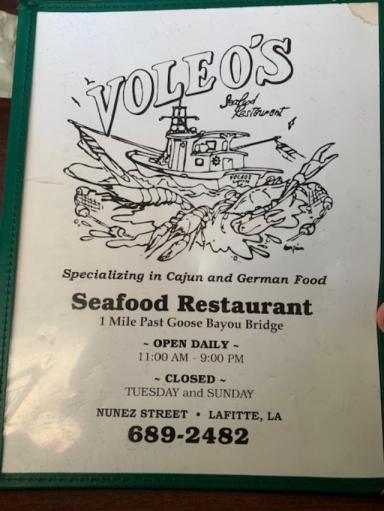 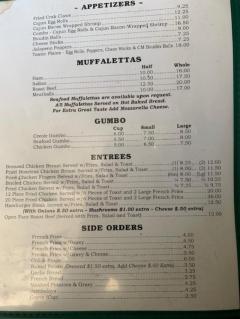 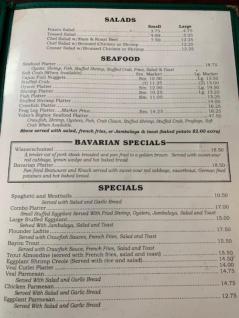 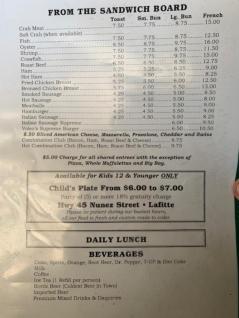 A little over a half hour drive south of New Orleans is the community of Lafitte, Louisiana.  We decided to take a little trip to get out the city and of course we had to eat!  Some time ago someone had mentioned this place to me.  I checked out their menu online and saw they had crawfish enchiladas.  That was good enough for me!

My bubble was burst immediately when we got there.  I didn’t see crawfish enchiladas on the menu so I asked about them, and was told that was only on the dinner menu.  We were there for lunch.  I was sad.

We decided on the Boudin Balls, a cup of Seafood Gumbo, 1/2 fried chicken with French fries and the Seafood Platter with Jambalaya.

Then my bubble was burst AGAIN!  We were told they ran out of Jambalaya.  By lunch time?  We were told we could get a baked potato if we didn’t want more fries, but we just opted for more fries.

Oh, and while we were there, a large party came in with a small child, asked for a high chair, and was told their high chair was broken, but they had booster seats.  So maybe if you’ve got a real small kid bring your own high chair or some duct tape to tape him/her into a booster seat! 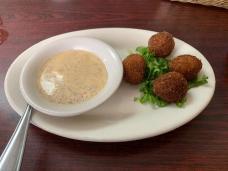 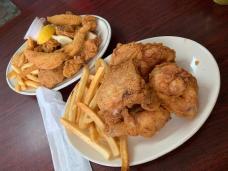 There were a lot of shrimp in the gumbo, but we didn’t care for it.  It wasn’t seasoned very well and was kind of watery.

The Boudin Balls also weren’t seasoned very well, and for the price ($9), they were very small.  Smaller than golf balls.

The seafood platter was very good.  All the seafood was seasoned very well and fried nice and crisp.  The stuffed crab and stuffed shrimp were delicious.  But unless you have a small appetite I wouldn’t plan to share one with someone.  There were only three shrimp and two oysters on it.  Six pieces of fried fish though.  I forgot to ask what kind of fish it was, but it was yummy.  They do have a larger seafood platter on the menu called, “Valeo’s Big Boy Seafood Platter”, for bigger appetites.

The fried chicken was also very good, although not seasoned quite as well as the seafood.

One final non-food related note.  If you come down here the Tourist Information Center (799 Jean Lafitte Blvd, Lafitte, LA 70067, Ph: 504-689-2299) is worth a stop. It’s immediately to your left after you get off the bridge into the town.  The community  is named after the pirate Jean Lafitte, and they have a bunch of continuous, animated marionette puppets in different scenes, illustrating his story through history, with the Battle Of New Orleans and everything.  Informative, and kids would love it.  Or if really young be terrified by puppets moving by themselves.  Either way it’ll be entertaining!  And now you know where to head afterwards for a good seafood platter.