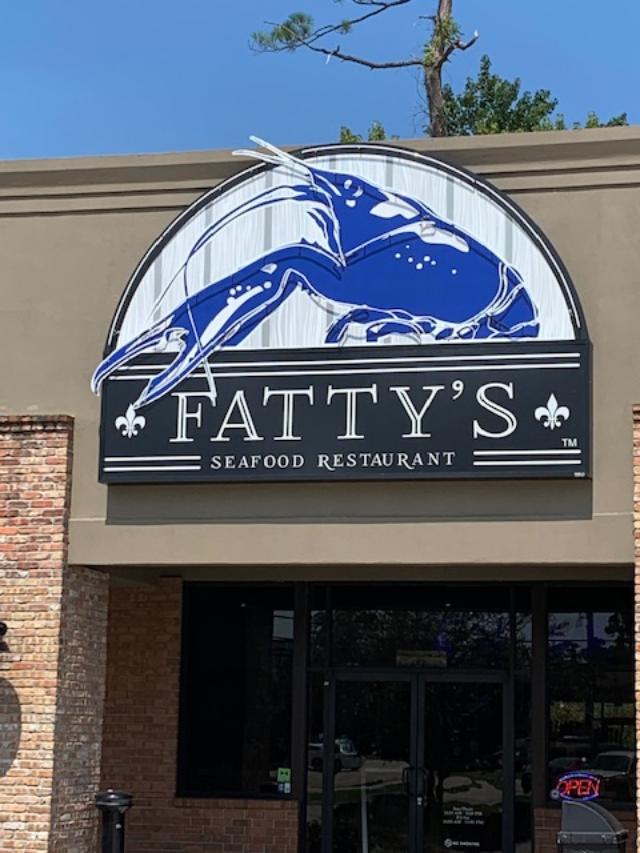 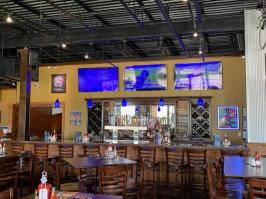 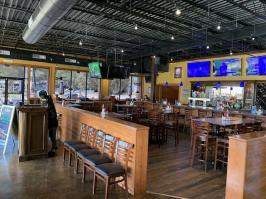 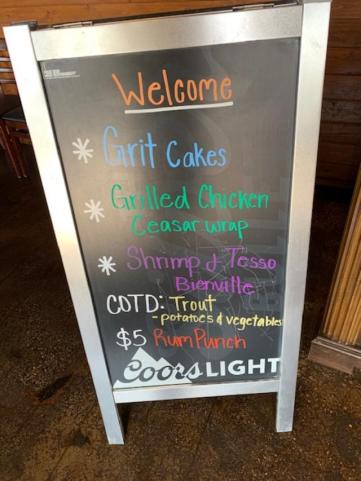 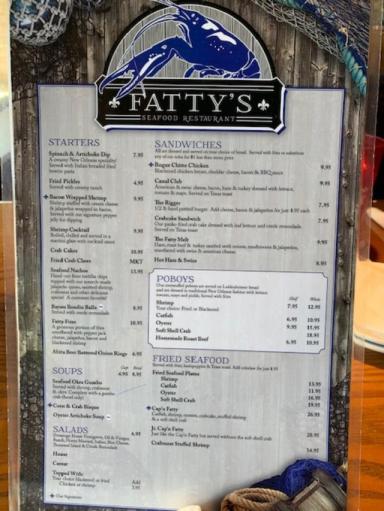 Every now and then I escape the city of New Orleans.  Today was one of those days, and as usual, food was on my mind.  We ended up in Slidell, Louisiana, at Fatty’s Seafood Restaurant.

Nice looking place.  The way it’s set up it kind of reminds me of a sports bar.  Big bar and numerous TVs with preseason NFL football games on.  But when we dug into the food it was anything but sports bar food! 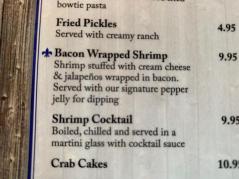 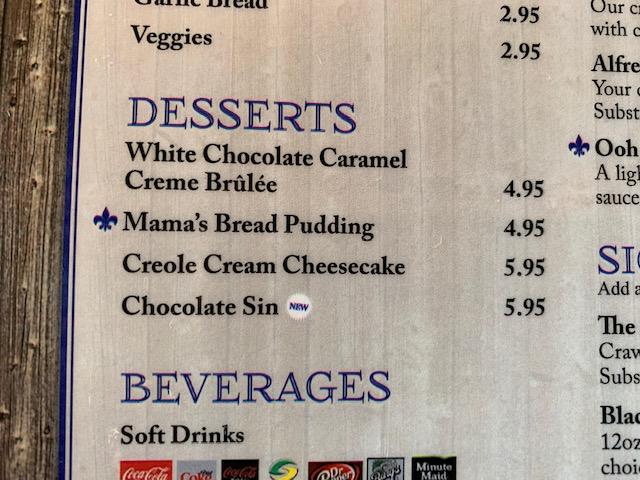 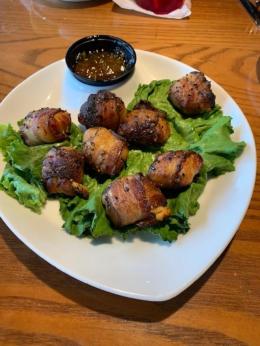 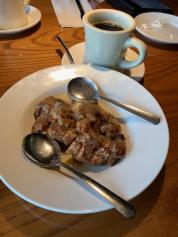 The bacon wrapped shrimp were outstanding.  Shrimp with cream cheese and jalapeño, wrapped in bacon, fried, and served with pepper jelly.   The pepper jelly was the perfect accompaniment for this dish.  It’s sweetness went great with the saltiness of the bacon, and then you had the spice from the pepper and the jalapeño.  Every taste bud in your mouth gets a treat!   If you come here this is a must get appetizer.

We had a cup of Seafood Okra Gumbo and a cup of the Corn & Crab Bisque.  Both were delicious.  The gumbo was well seasoned with a great flavor, but a very light roux.  I prefer a darker, thicker gumbo, but if you like a lighter one you’ll love this one.

My dining partner had the Corn & Crab Bisque but unbelievably let me have a taste!  That’s not like her when the food is good.  She normally only shares bad stuff with me.  It had chunks of white and claw crabmeat in it, unlike some you get with just shreds of crabmeat.  Really good.

For her entrée she had the Cajun Alfredo.  She enjoyed it although she said it could have been seasoned a little more.

I had the Crab Trap, which was two fried catfish strips on top of crab stuffing, served over angle hair pasta tossed with crawfish etouffee.  Very good.

Dessert was Mama’s Bread Pudding.  Very sweet and rich.  Pretty gooey too.  A lot of raisins, which I don’t like, but I avoided them.  Yummy dessert.

Great place.  I recommend it!