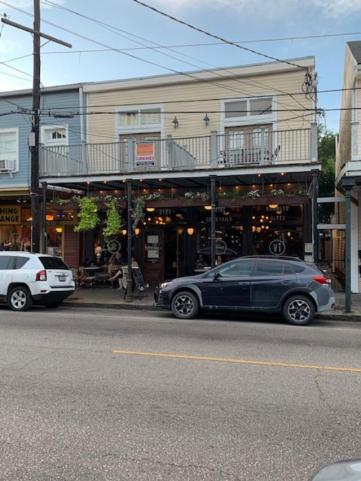 I heard about this place because of their beignets.  But they have other food too, so we decided to come here for dinner.  Seems this place is a bar first, and a restaurant second.  I could be wrong about that, but the drink menu is longer than the food menu.  I’m not a drinker, but that being said I’d feel remiss not including the drink menu in this report, so here it is: 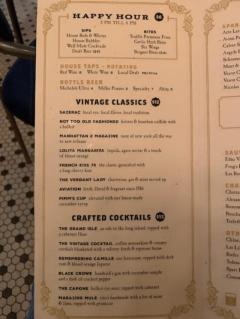 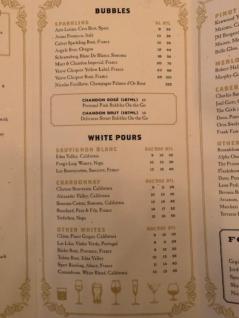 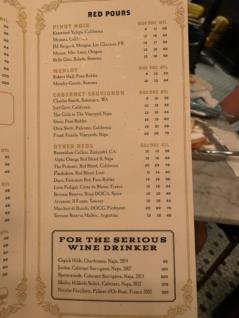 And here’s the food menu: 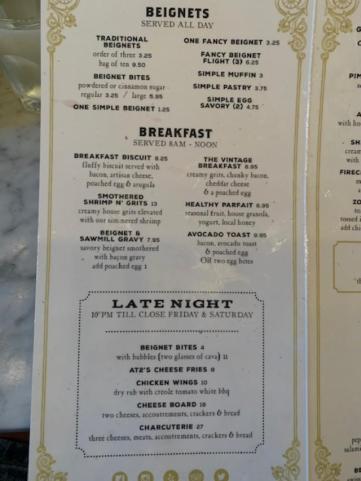 I wanted to try the BBQ Chicken sandwich with Swiss and caramelized onions, but they said they were out of bread for sandwiches.  We decided on the Crawfish Queso, Chicken Wings, Boudin Balls, and The Vintage Flatbread.  For dessert an order of three Traditional (plain) Beignets and one Fancy (stuffed with raspberry) Beignet. 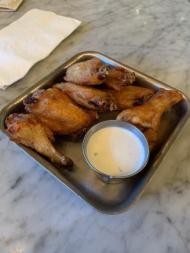 The chicken wings were described as dry rubbed with a creole tomato, white bbq sauce.  Not sure what that so called bbq sauce was about.  It was a rather flavorless concoction that looked like watered down ranch dressing.

The wings themselves were a different story.  Very crispy and delicious!  Weird thing was, as soon as I tasted them, I recognized a familiar flavor I hadn’t tasted in ages.  I was trying to put my finger on it when my dining partner said they had a bacon flavor.  Then it hit me.  BACOS!  Those imitation bacon bits I used to eat when I was a kid!  By the handful!  That’s what they tasted like. But they were good!  We enjoyed them.

The crawfish queso was pretty good.  A nice bit of crawfish in it.  And I really liked The Vintage Flatbread.  It had marinara, pepperoni, chopped cherry tomatoes, mozzarella and basil on it.

The boudin balls were great!  Very little rice in them.  Really meaty.  And the Creole mustard sauce was yummy.

Then, it happened.  I got ruined for life.  I ate the raspberry stuffed beignet.  I never want a plain beignet again in my life.  I’m thinking about buying a house in this neighborhood so I’ll be closer to these.  It was DELICIOUS!  As were the plain beignets.  Different than the ones at Café du Monde, but good.  And last time I went to Café du Monde I had commented it seemed their beignets are getting smaller.  These are a nice size for a greedy person like me!

The other stuffed beignets were pumpkin, Matcha tea and S’Mores.