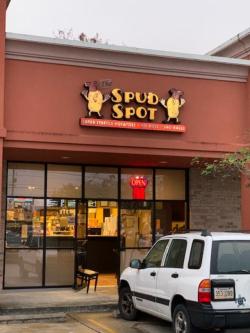 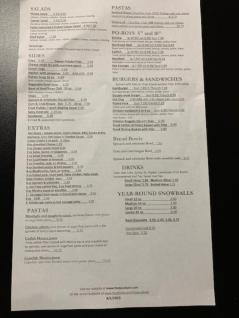 Do you like baked potatoes?  Of course you do.  Unless you’re not normal.  If someone brought you just a plain, baked potato, you’d say, “What the hell is this?  Put some STUFF in it”!  At least some butter.  Even better some butter, sour cream and chives.  Even MORE better, some butter, cheese sauce, cheddar cheese, chives, crawfish, crab meat and shrimp!

Well, if that’s the kind of action you’re looking for, this is the place for you!  They specialize in huge baked potatoes stuffed with everything you can imagine.

Love all the New Orleans Saints décor in the place.  Especially the poster with every newspaper headline from our Super Bowl year.

In fact, they have a special menu item right now named after a current Saints’ player.  A guy named Taysom Hill.  He’s listed as a quarterback on the roster, but plays a little bit of everything.  Running back, wide receiver, special teams, and sometimes even quarterback!  So in his honor their Taysom Tater is stuffed with, “A little bit of everything”.  Pulled pork, smoked brisket, smoked sausage, BBQ sauce, cheddar and chives.  I might try that one in the future when I’m in a BBQ mood.

We decided on fried pickles, a spicy meat pie, spinach and artichoke dip, a seafood baked potato and a hot sausage po-boy. 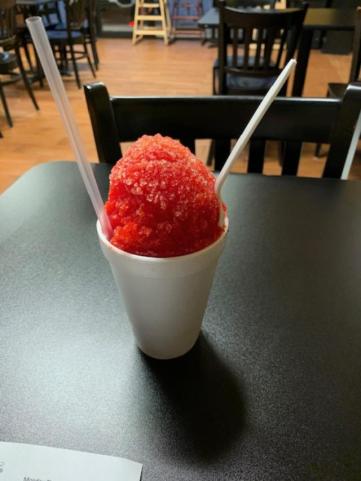 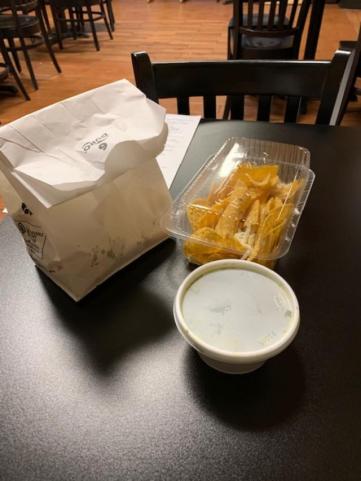 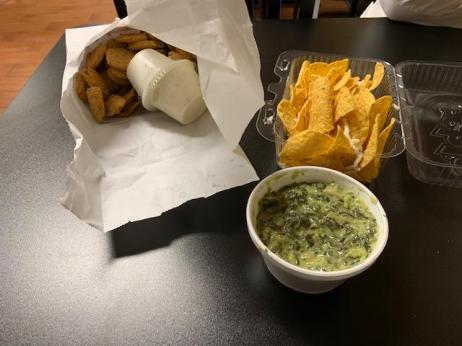 I forgot to mention.  They also sell snowballs year round.  My dining partner loves snowballs, so she started out with a watermelon one.  When the waitress brought it to our table, she was nice enough to ask if it had enough syrup in it.  Personally, I would have said “no”, right after I sucked all the syrup out!

Now, we were dining in, but for some reason they packed everything as if we were taking it to go.  Maybe that’s just the way they do things, or maybe they were trying to give us a message?

I do not like fried pickles, but I tried one.  These weren’t bad.  Not too salty and I liked the batter they were fried in.

The spinach and artichoke dip was ok.  Nothing special.  I wouldn’t order it again.

The spicy meat pie was good.  Well seasoned and not overly spicy.

The hot sausage po-boy was pretty good.  The sausage had a great flavor, but the bread wasn’t your traditional, crusty French bread.  It was nice and soft though.  Very fresh.  And the sandwich was dressed nicely with mayo, lettuce, tomatoes and pickles.

Now, the potato.  I’d like to know where they get these mutant potatoes from.  I picked up the container when she put it on the table and it felt like it weighed five pounds!  To give you an idea of it’s size, in the second to last picture the po-boy was a 10 inch sandwich.  The potato was almost as big as it was!

It was delicious.  Nice and buttery with plenty of cheese and cheese sauce, and full of crab, crawfish and shrimp.

Great place.  I recommend it!

Long overdue for a return visit.  Had to get the food to go tonight.  We got a fried catfish on bun, a hot sausage on French, and my favorite.  The seafood stuffed baked potato.

Just as my last visit, everything was delicious! Love this place.