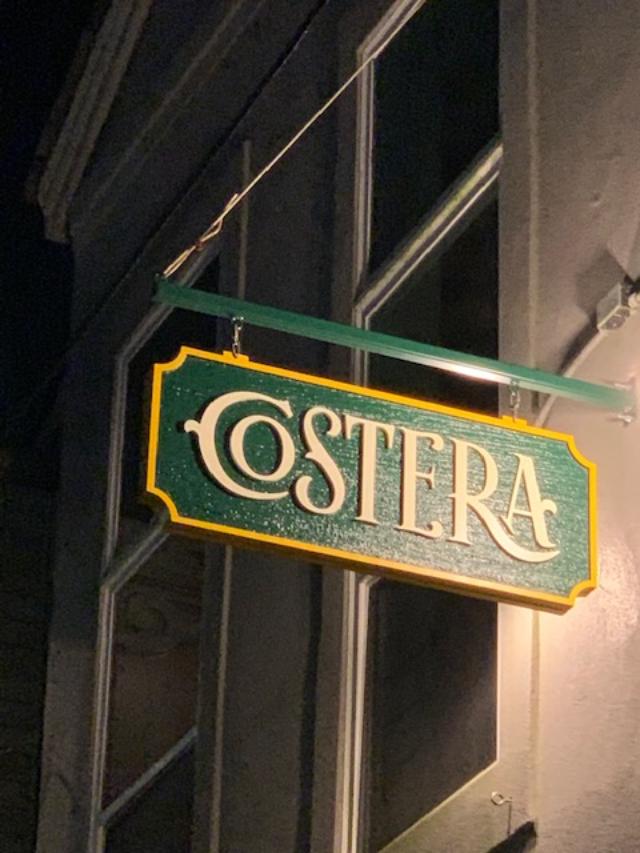 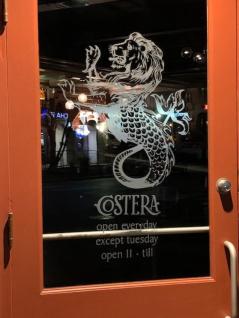 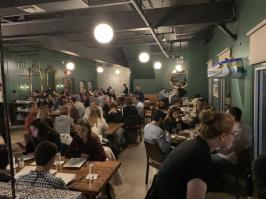 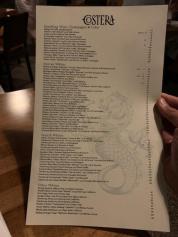 The large picture above is the entire food menu.  Just one page.  Flip it over and you have a drink menu of wines by the glass, beer and cocktails.  After the picture of the desert menu I took pictures of the wine list, which you probably can’t read, but I just wanted to show how extensive it is.  I’m not a wine drinker but there’s a lot to choose from!

The food menu confused me.  No headings or anything.  Just a list of food.  There were numerous things I wanted to try but I had no idea what the appetizers and entrées were.  I didn’t want to order two things and get two huge plates of food I couldn’t finish.  At the bottom of the menu I noticed the prices went up, so I assumed those were entrées.  But where did they start?

I asked the waitress and she told us everything OVER the Gulf Fish entrée were the appetizers.  I’m not sure if their menu changes but that’s something you might want to get clarity on if you come in.  For appetizers we decided on the Pan Con Tomate, Crab and Leek Stuffed Mushrooms, Shrimp and Chorizo Soup and the Crispy Veal Sweetbreads.  For our entrée we ordered the Seafood Paella. 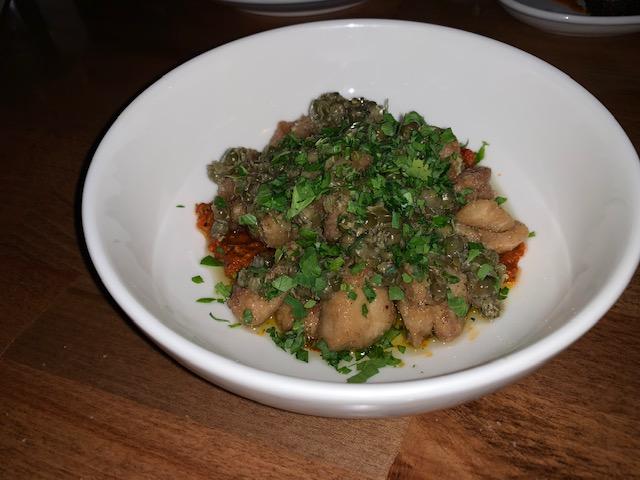 First off, nothing was really spicy, but everything was tremendously flavorful!  Being a New Orleanian, I sometimes equate food not being bland with it having a certain amount of heat, normally from Cayenne pepper!  But this showed me you can have tons of flavor without a lot of heat.

In Spanish, “Pan con Tomate” means “bread with tomato”.  The four pieces of bread were grilled pretty hard.  Just short of being croutons.  I’m not sure what was in the tomato sauce on top but it was great.

Loved the Crab and Leek Stuffed Mushrooms.  Full of flavor.

The Shrimp and Chorizo Soup was fantastic.  Plenty of shrimp and a light, delicious seafood broth.

The Sweetbreads were excellent.  And they give you a nice sized portion!  The sauce on top was very nice.

After we finished everything, they set the table for our Seafood Paella.

Everything else came out pretty fast, but of course we knew making a Paella to order would take some time.  Staring at the setup above just built anticipation!  I wish I had set my timer to see how long it took, but I’d estimate it came out in about 45 minutes.  And it was worth every minute of the wait! 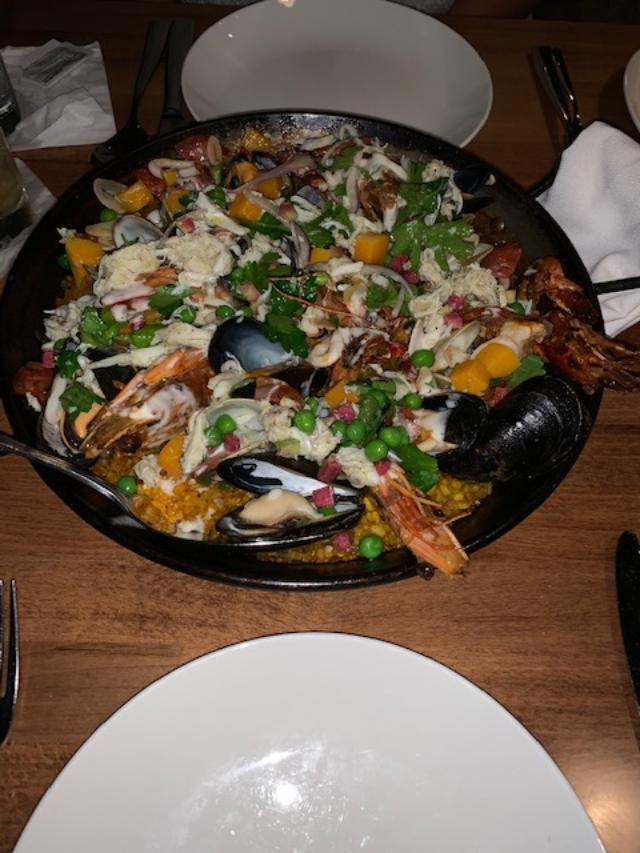 I’ve never been to Spain so I’m not sure what a real Paella is supposed to be like, but I can tell you one thing.  This one was everything I could want in a Paella!  They don’t skimp on the seafood.  And the rice was cooked perfectly.  It was awesome.

Great place.  I highly recommend it!