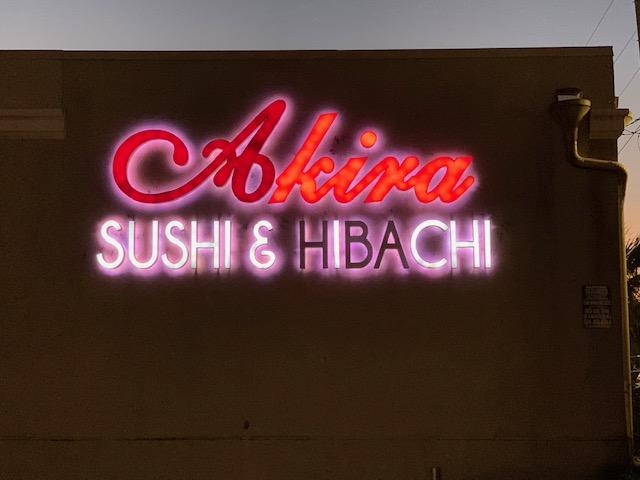 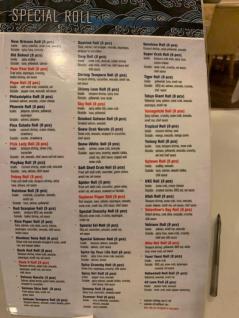 This little area of Metairie is called Fat City.  Pick a cuisine, and you can find a restaurant around here that offers it.  The ones I’ve been to around here are Drago’s, Los Jefes, Bravo, Pho Michael, PF Chang’s and Todd’s Frozen Yogurt.  That represents Creole/Seafood, Mexican, Italian, Vietnamese, Chinese and a place for dessert.  It was time to give Japanese a try.

I’m not going to lie.  I’m a pig.  I love to eat!  And when I heard this place did a good job with all you can eat sushi, I drove past all my favorite sushi joints to come here!

Nice looking place with several hibachi tables.  They were all vacant when I arrived but two were going when I left.  Looked like an entertaining show.

I wasn’t sure how the all you can eat thing worked, but as soon as I sat down the waitress handed me the first menu you see in the pictures and a pen.  The next picture is the back side of it.  It explains everything.  $21.95 for an adult.  It’s a paper menu.   You just check off everything you want and they start brining you the food!  The next two menus you see are plastic menus that describes their rolls.

I was starving so I checked off a bunch of things.  I was thinking after eating more food than a normal person eats in an entire meal, I’d feel a little self conscious about asking for another check off menu.  But before I was even close to finish, a smiling waitress walked up with a new menu and said, “This is for round two”!  Was she being nice?  Or was she saying, “I can see what a fat bastard you are, so I know you’ll be ordering more”!  Either way, I was happy.

A few of the more notable things I ordered: 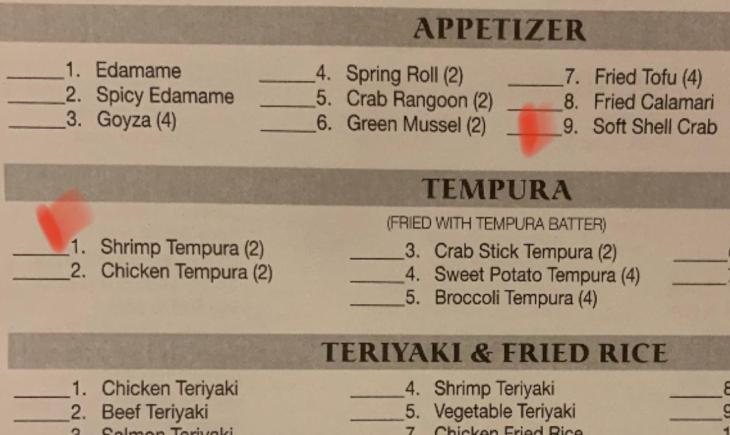 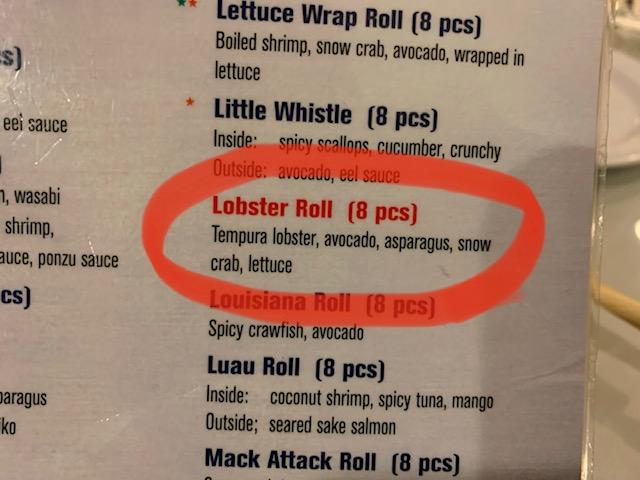 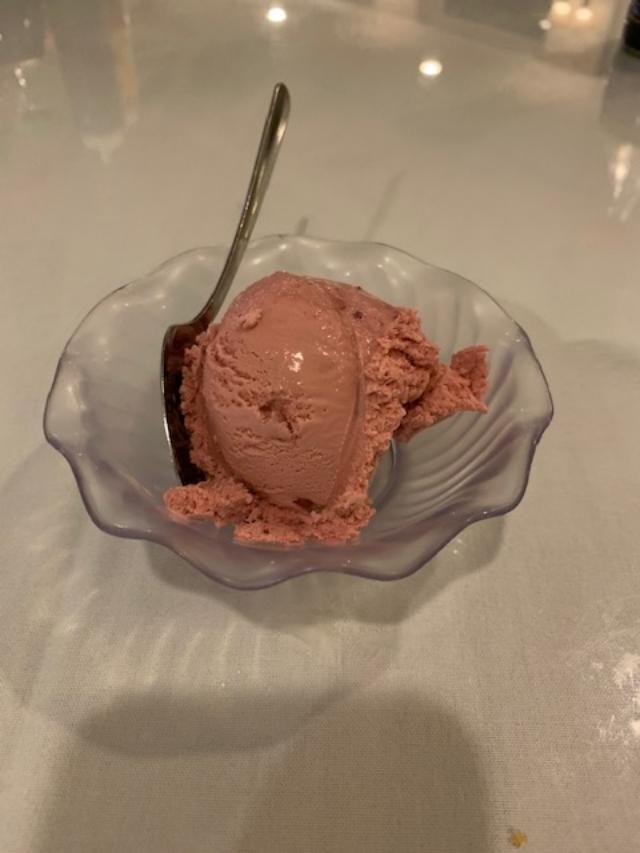 I started off with some good old fried seafood.  Shrimp tempura and soft shelled crabs.  I could order some fried rice and just these two things (over and over again), and make a meal of it!

Both were fried to order.  Nice and hot.  The shrimp were a nice size and delicious!

When she put the crabs on the table they looked terrible!  Like they had been driving down I-10, got in a terrible crash where they flipped the car several times, then the car caught on fire and incinerated them!  But they were delicious!

Everything else was very good.  I liked the Happy Roll.  And of course when I saw the Lobster Roll was on the all you can eat menu I had to order it. Naturally it had a lot more snow crab salad in it than fried lobster, but it was still pretty tasty.  And huge!  I was done after that.

Except, for a scoop of red bean ice cream.  It was very good because it tasted nothing like red beans!  I’m not sure exactly what I could say it tasted like.

Nice place!  I recommend it. 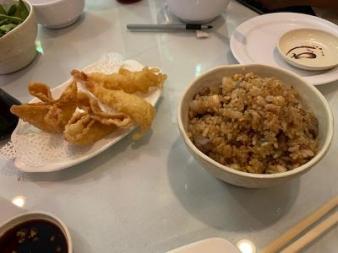 I was in the mood for Chinese food today.  I heard August Moon was open so we headed over there and discovered they’re open only for to go orders.  Searched my reports for ideas and discovered Akira is open for dine in and serving their entire menu!  Including the all you can eat which we both got.  Everything was good.  I tried a couple new things that deserve mention.  The sushi roll pictured above is the Spider Roll, containing a fried, soft shelled crab.  The combination fried rice was full of ingredients.  And finally the onion ring looking things are the fried calamari.  Crisp and very tender.  The noodles pictured are the Hibachi noodles.  Good, but nothing special about them.  I wouldn’t order them again, mainly because I don’t want to take up valuable belly space that I could be filling with shrimp tempura! 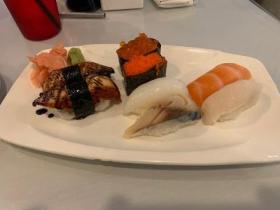 Back again for lunch today, and of course we went with the all you can eat deal! The top two pictures are a piece of sushi they call Pepper Tuna, and their fried soft shelled crab.

I’m not sure what they put on the sides of that pepper tuna, but it has a nice spice to it!  Taste like maybe they rub a little wasabi powder on it.  I really liked it.  And you can see the delicious, yellow crab fat inside the soft shelled crab.  Fried crisp and delicious.

If you’re a big eater and a sushi lover like me, this is the place for you!