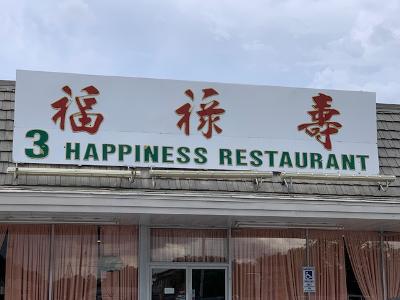 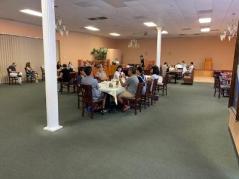 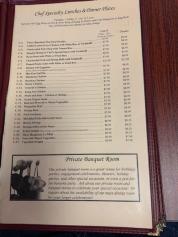 This place is located in a strip mall in Gretna, right down the street from one of my favorite Vietnamese restaurants, Tan Dinh.  The menu here offers Chinese and Vietnamese food.  A foodie friend of mine, who happens to be of the Asian persuasion, recommended it, so my hopes were high I’d have a great meal!

Well, being Father’s Day and all, one of my dining partners was buying.  That doesn’t happen often!  So to take advantage of it, I was going to get the Ginger Onion Lobster for my entrée.  There was no price on the menu.  It just said, “MARKET”.  But I wasn’t buying, so what the hell?

I ordered it, then to my horror the waitress came back and told us they had no lobster today!  I was sad.  The place is named 3 Happiness.  That knocked one happiness right out of me, so I was down to 2.

A little later I asked for sweet sauce and that yellow hot mustard.  I like to mix them to dip fried stuff in.  She bought out two sealed containers and left.  I opened both and they were both sweet sauce.  When she returned I asked for the hot mustard, and was told they were out of it!  Now I was down to just ONE happiness!  At this point all I knew was the food BETTER be good! 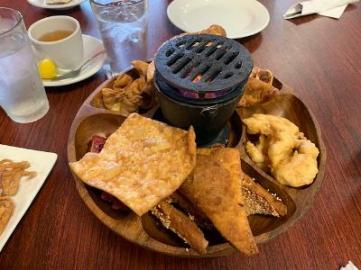 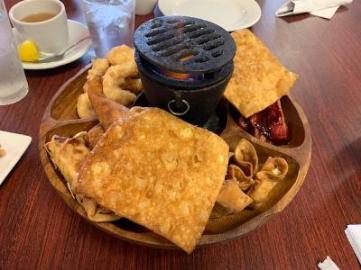 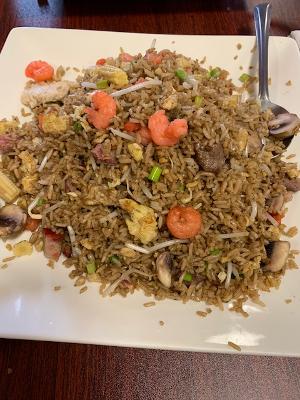 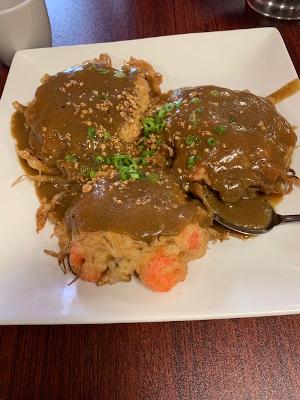 My dining partner had the Wonton soup.  The broth smelled delicious.  I begged her for a taste but she told me Father’s Day or not, no.  It was just too good to share.  One day I’ll just have to go back and get my own.

The Bo Bo Tray consisted of Egg Rolls, Spring Rolls, Cho Cho, Barbeque Pork, Crab Rangoon, Shrimp Toast and Fried Wonton.  Everything was good.  One thing I hate about Shrimp Toast is a lot of times they’re greasy.  These weren’t greasy at all.

The only thing we didn’t care for was the fried rice.  It didn’t have that fried taste to it.  And I don’t remember ever seeing mushrooms in fried rice, but I wouldn’t mind that.  Except these were barely cooked.  Also, it didn’t taste seasoned at all.

I didn’t taste it but my dining partner that had it enjoyed the shrimp Vermicelli bowl.

Finally, the Egg Foo Young and the Mandarin Duck.  Both of these were excellent!  The duck was juicy, crisp and tender, and the brown gravy on both was fantastic.

For an after dinner mint they give you this little coffee candy.  I think I’ve only had these one time before.  I love them!  I should have asked where they get them from.

Great place.  I recommend it!  And to all the Father’s out there, HAPPY FATHER’S DAY!