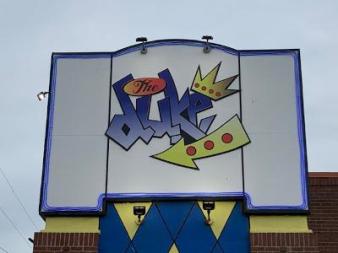 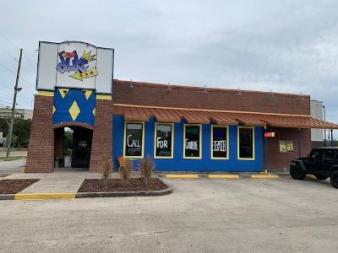 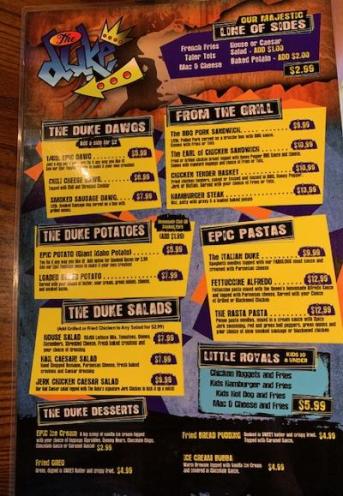 I normally eat healthy on weekdays, but my regular dining partner is on vacation, and told me she wasn’t eating healthy while on vacation.  She demanded I take her to get burgers.   When it comes to food, she’s been known to get violent when she doesn’t get her way, so I figured a burger wouldn’t hurt me.

We headed to Metairie to hit Atomic Burger, only to find out they were closed on Mondays!  Mooyah was nearby, but we were just there not long ago and wanted something different.  Then we remembered Ben’s Burgers.  Fantastic place!  Luckily we checked before we drove over there.  They were closed too!

So we googled, “Burgers near me”, and this place popped up.  It had a rating of 4.5 out of 5 stars, so we headed over there. 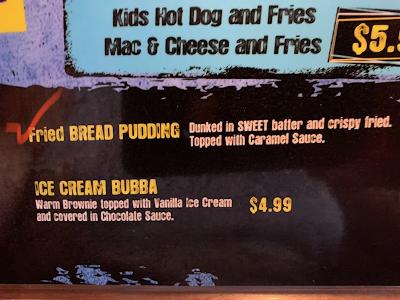 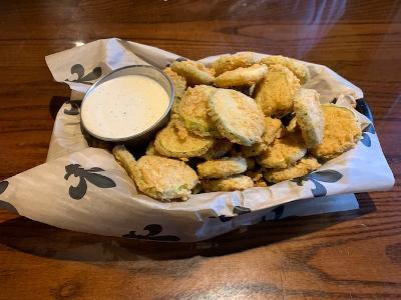 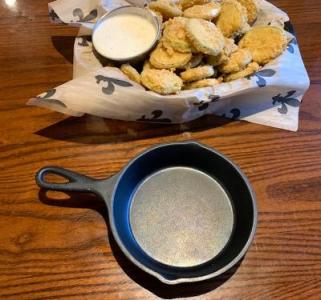 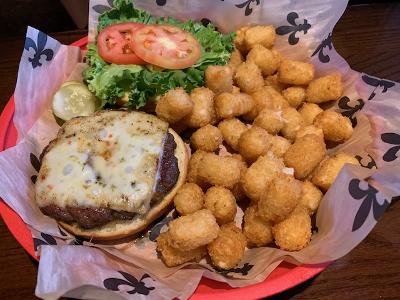 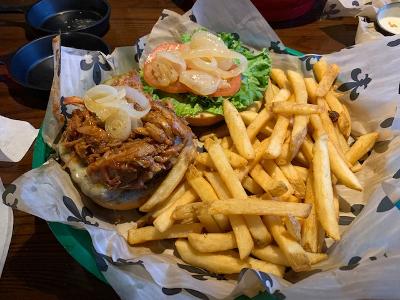 If you’ve read my reports for awhile you know I have no use for fried pickles.  I see no point in them.  But my dining partner LOVES them.  Since I was starving I tried a couple.  These actually were pretty good!  The pickles were sliced a little thicker than others I’ve had, and I think that made them less salty.  The batter was good, they were real crisp, and the ranch dressing was delicious!  Not like a ranch out of a bottle.  I asked our waitress if they made it in house and she said she thought they did.  I asked her another question later and she told me she had just started working there.

My dining partner had the Royale with Cheese Burger and I had the Western BBQ.  I was really enjoying it!  The pulled pork on it was delicious, and it had just the right amount of BBQ sauce on it.  Not so much that the sauce overpowered everything else.

Then she mentioned the burger patty had a strange texture to it.  That made me think, and it then hit me.  Instead of a burger patty it tasted more like meatloaf.  I said that and she agreed.  I still enjoyed it and would order it again.

As far as sides they give you a ridiculous amount of French fries and tater tots!

Then, it was time for dessert.  Fried Bread Pudding.  Oh my goodness.  This was one of the BEST things I’ve ever eaten! I wished I wasn’t so full!  They were like bread pudding beignets.  Unbelievably delicious!  EVERY TIME I’M IN THIS NEIGHBORHOOD I’M STOPPING IN JUST TO GET THESE!  And I’m keeping an ice chest with a quart of milk in it in my car just in case I end up out here unexpectedly!